Viking Cash sees six Viking ships racing each other across rows of different lengths, with prizes at the end: the longer the row, the higher the prize. 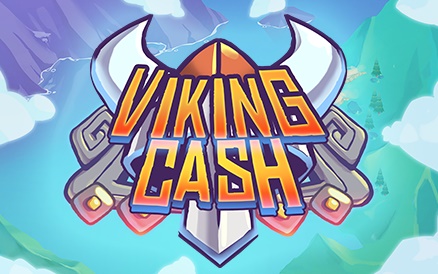 Firstly, players need to select the ticket they wish to buy and then press “PLAY” to proceed. Then they press “REVEAL” which shows players the random outcome next to each Viking ship. If the outcome revealed is a number then the ship sails forward the appropriate number of spaces revealed.

This is a great game to play for a number of reasons. For a start, there are lots of random factors that may or may not come into play, such as the axes, lightning or rune symbols. Not only can your ship be struck by lightning and sent back to the beginning of the row again - which is frustrating, to say the least, but once you collect enough special symbols you get to play bonus games, that may involve extra prizes… or not! The rules are simple, so it is quick to learn how to play properly and the animations and graphics are fun too.

Viking Cash is an exciting and engaging game that keeps your attention because everything can change for the better or the worst - and all within the five plays you are allotted at the start of the game. All of this makes for an interesting game that has loads of random factors that can be really useful or wipe out all your good luck in one reveal!